This, my second major commission, portrays a life size Ken Dryden of the Montreal Canadiens in his signature stance.

The clay model took more than seven months to create. There is a portrait under the mask. Technically the most difficult part was to develop a way to stand the figure on the thinness of skate blades, while removing the bulkiness of the net.

The first maquette became the trophy for the Quebec Triple League, while number 6/7 belongs to the Hockey Hall of Fame inToronto. 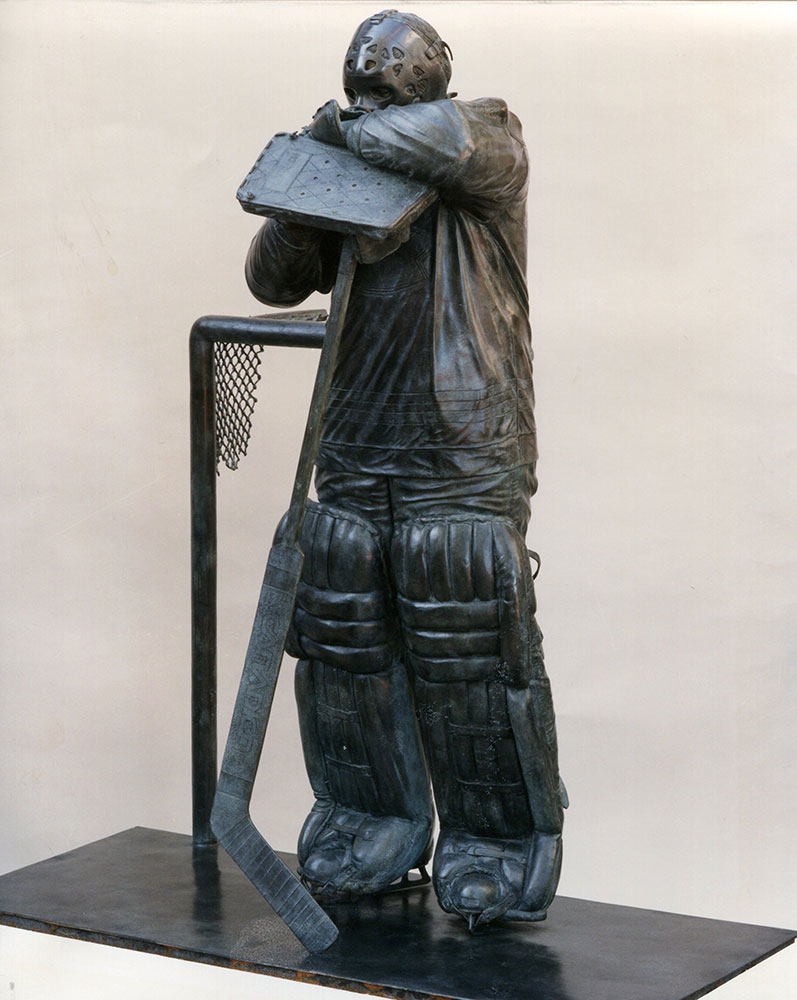 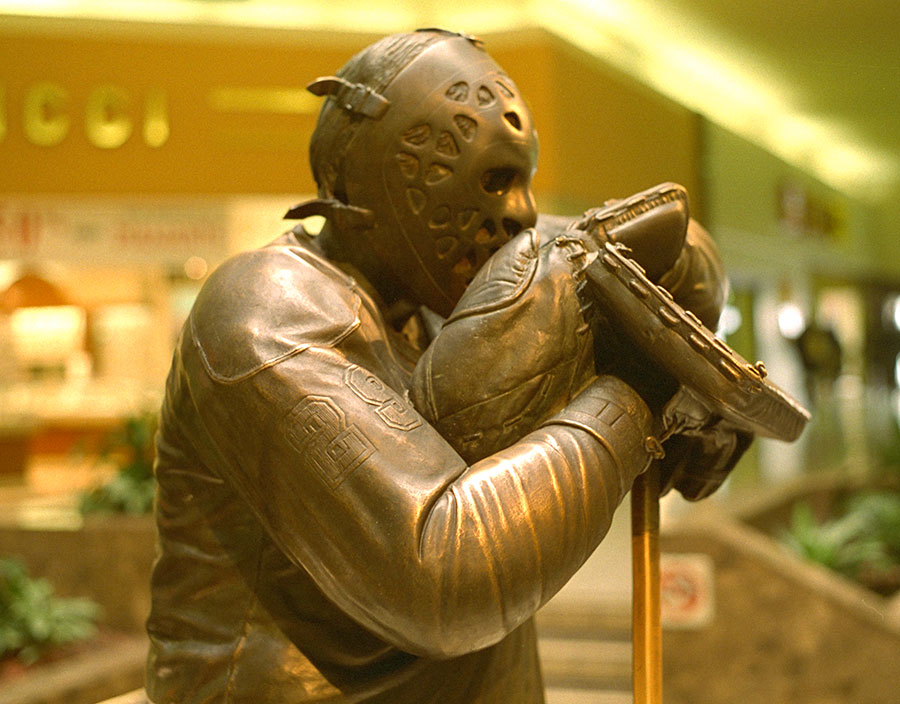 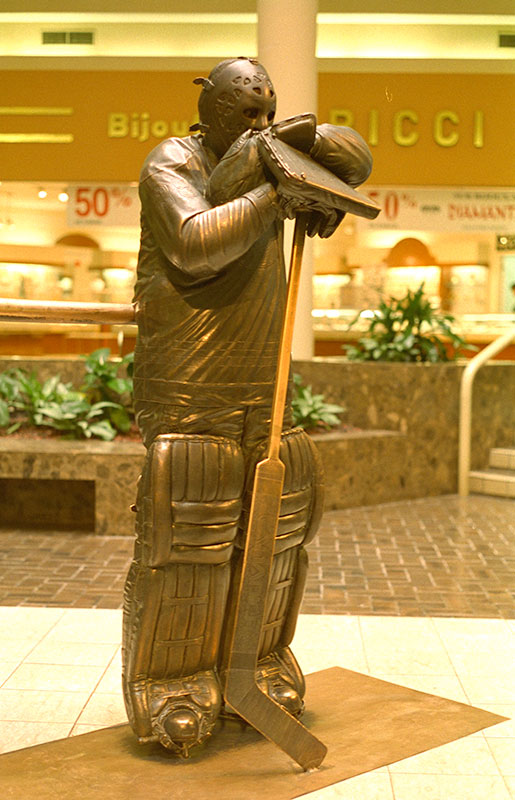 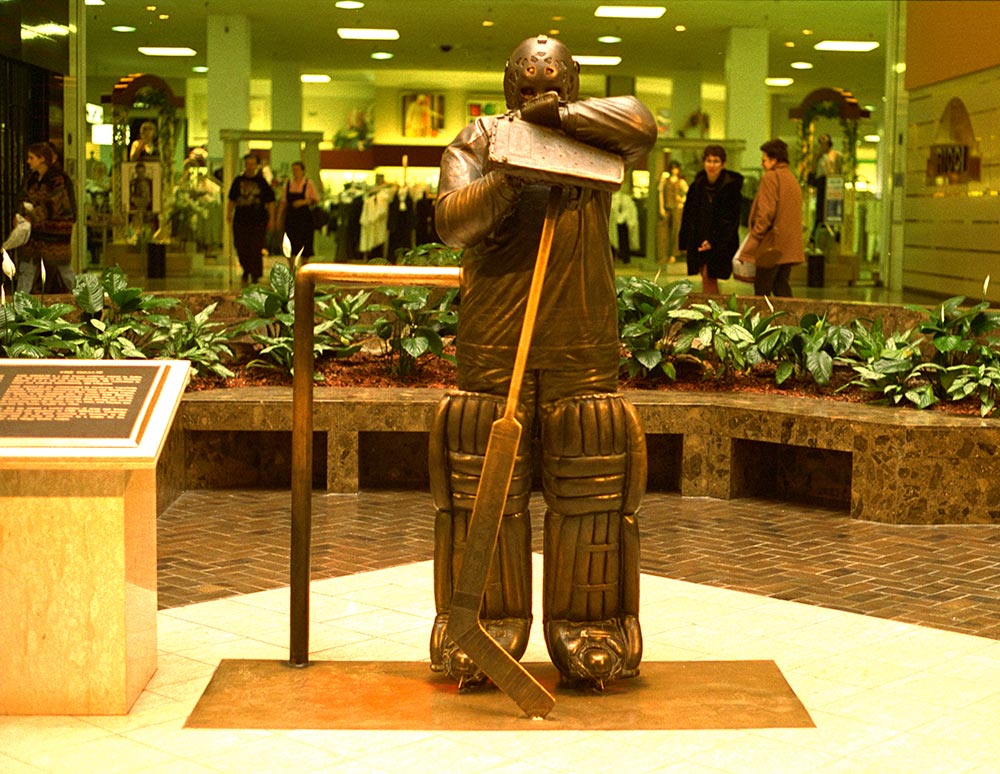